The Mailbox : A book by Jason E. Hodges


The Mailbox is my first eBook on Amazon. It took three years to make it there. Writing is never the hard part, it’s the rewriting over and over along with my crazy life that seemed to slow its journey at times. Click the link below the cover photo and info to take you to Amazon. 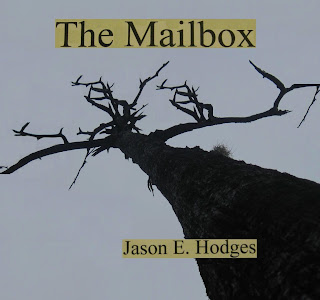 Jacob moved from the edge of nowhere, the Okefenokee Swamp, to the transient sometimes twisted town of Gainesville Florida. He was following his dreams of becoming a writer. Jacob wanted words to flow from the scroll of his pen in the same county as his literary idols Harry Crews, and Marjory Kinnon Rawlings. But sometimes following your dreams can be more cumbersome than one would imagine. Trying to make it as a writer while living in a trailer park filled with misfits, retirees, man eating monitor lizards, and pit bulls would be enough to distract the best writer. Especially when they come to Jacob to salve all of their problems. But add in a young beautiful amputee named Ronnie with a violent past that haunts her, Jacob has his hands full finding time to write and get his first book published. Things really begin to spin out of control when Ronnie’s past follows her to the trailer park, all while Jacob falls helplessly in love with this mysterious one armed woman, knowing he might not be able to save her from what’s to come.

Jason E. Hodges follows in the footsteps of his mentor and friend Harry Crews to spin a quirky hero tale of trial and redemption in the hardscrabble blood and guts world of a gritty North Florida trailer park that is stalked by insanity, loyalty, pit bulls and beauty in all its mutilated forms. A fifth-generation Floridian, Hodges embraces his freak-and-geek Greek chorus with a touching humanity, and weaves a story of life lived right at the marrow of the bone.
Janis Owens, author of My Brother Michael, The Schooling of Claybird Catts, Myra Sims, and American Ghost.

Jason E. Hodges has a way with words that cuts clear to the bone. 'The Mailbox' vividly seeps lucid grit and underbelly grime. Hodges had created an unsettling yet disturbingly charming story that kept me coming back for more.
Liz Worth, author of PostApoc and Treat Me Like Dirt

The Mailbox can be found here.
Posted by Jason E. Hodges at 4:35 AM No comments:

Charles Bukowski said, “Beware the average man, the average woman, beware their love, their love is average, seeks average… Not being able to create art they will not understand art…” No truer words could have ever been spoken. I’ve seen this in the art/skateboarding world time and time again, or I should say, the rest of the world’s involvement with us.


Something I’ve noticed about skateboarding, it seems to draw in many creative types. It’s a subculture artist can move about freely in without being judged. I’m a strong believer that creative people will find each other in our world. Like magnets we are drawn to one another. Whether you’re a writer, painter, musician, photographer, sculptor, skateboarder, or surfer, to me it’s all under the umbrella of art.


Skating also draws in others trying to find their niche in the world, but they usually leave after the first few falls or when the scene no longer fulfills their needs of popularity. In other words, they don’t speak the language for very long.


The strangest encounter I had was at my dentist’s office. I was lying there waiting for the dentist to begin drilling my tooth and his assistant asked me, “Are you a skater?” Her brow lifted upwards. I had noticed her looking at the years of scars on my lower legs. She had also been looking at my shirt which had some sort of skate logo on its front. I answered, “Yeah I skate.” Then she said, “I’m a skate groupie.” “Ummmmmm, cool,” I said because all words had escaped me. Her boss, the dentist, looked like he was going to fall over. Needless to say, it was an awkward visit. Picture, the two of them only a foot away from my face sticking sharp objects and drills in my mouth; him embarrassed; her wide-eyed and all smiles; me, um, yeah…


When my friends and I skate the topics of conversation naturally revolve around art and music. One such day my friend Sean Garrity, who played with the punk band, Billy Reese Peters, started talking to another friend, Mario about a Charles Mingus documentary he’d watched. Mingus had calmly fired a shotgun into the ceiling of his home while being interviewed. Mario laughed and said, his dad knew a lot of those guys like, Charles Mingus, Dizzy Gillespie, and Thelonious Monk, from the Jazz scene back then.


The first thought that ran through my mind was a Henry Rollins interview I had seen years earlier on the Dennis Miller Show. Rollins who once fronted the now legendry punk band, Black Flag told Miller about the musicians he listened to growing up, Sonny Rollins, Duke Ellington, Miles Davis, John Coltrane, and Thelonious Monk. When I watched this interview in 1992 I was impressed. I knew the association the Beat writers had with Jazz but now for me they were connected with someone like Rollins.


As time went by I talked to Mario about his father’s musical career. The more I learned the more intrigued I became. Yeah, the Internet is filled with his father’s achievements as a musician but it didn’t have the insight someone like his eldest child, Mario would have.


Mario’s father, also named, Mario Rivera, was born July 22, 1939 in Santo Domingo, Dominican Republic. He passed away August 10, 2007 in New York City after a long battle with cancer. He was a world renowned Jazz musician. Starting off as a saxophonist, eventually he would master playing 27 different instruments. He played with Tito Puente for many years. Their song, Oye Como Va would eventually be covered and recorded by, Carlos Santana. Rivera recorded an album with Stanley Turrentine, The New Shuffle in 1967 and one with Dizzy Gillespie, Afro Cuban Jazz Moods in 1975. He appeared in two films, The Mambo Kings and Calle 54. In 1988 Rivera would play with Dizzy Gillespie in the United Nations Orchestra. He also perform with his own bands, The Mario Rivera Saxtet and The Salsa Refugees. In March of 1996 Rivera put out an album called El Commandante.


The info in the previous paragraph is the common info I ran across doing research on the web. But the more human side came from sitting down with my friend Mario after a long session of skating. His eyes grew wide as he talked about his father being a father.


He said his father was a firefighter back in Dominican Republic. That he had put together a band and his first gigs were covering Buddy Holly songs. We talked about photos that came to his mind of his father playing with Chubby Checker. “I saw the pics when I was about ten to twelve.” With a slight grin he remembered his father teasing him as a kid about missing Aretha Franklin stopping by their home. Mario reflected that it was a common thing for folks like her to pop in. But the best for me as we talked was seeing the kid-like glee line Mario’s eyes as he told me how impressed he was that his father knew how to play games like Tops and Marbles. That his father spending time with him not only playing the games but knowing how they were played meant the world to Mario at that time. “Man, I thought that was cool,” Mario said followed by a wide smile.


By the end of the interview I decided it shouldn’t be an interview at all. It should be a blog about one friend telling another friend about the memories of his father. All while hanging out in our subculture of skating…
Posted by Jason E. Hodges at 5:06 PM 1 comment: